In its most formal definition, A graph is a set of vertices and edges. In Computer science, it is a data type used to represent relationships or connections.

A Graph has two main ingredients:

There are two types of graphs mainly: 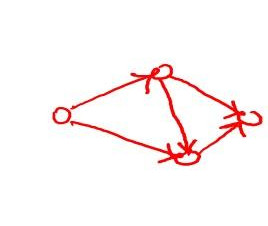 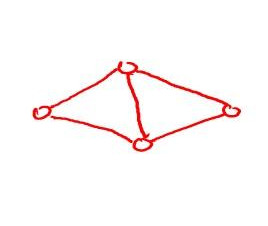 A cut is a partition of the vertices of a Graph into two non-empty sets A and B.

For example, if G(V, E) is a graph then a cut will devide V into two non-empty sets where some edges will remain in either A or B and some will cross the cut (crossing edges).

In Graph Theory, the minimum cut problem is to find a cut with minimum number of crossing edges.

Use of a Minimum Cut

There are many applications of the minimum cut. Few are listed below:

How to find a minimum cut

Here is the Karger’s algorithm to compute a minimum cut in a given graph.

Now, I can’t share the code due to some reasons. But I will try to elaborate using pseudocode.

This will give the minimum number of cuts a given graph can have. The algorithm is randomized so it requires 3-4 continuous runs to find the exact answer. This algorithm can be used for many applications along with the few mentioned above.